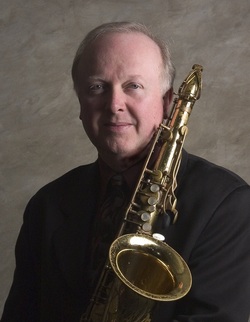 My Uncle Bruce Wayne Abbott (b. May 13, 1955), son of John Robert, Sr.,  is a professional musician living on Cape Cod, Massachusetts.  He began his career at the age of 12 (band called The Glennwoods) playing at dances and wedding receptions (and Archie's Tavern with Brownstone).  Especially adept with classical and jazz music, he has been involved with over 50 recording projects.  He has played dates around the world, including a concert tour of South Korea, and a performance with David Osborne at former President Jimmy Carter's 75th birthday celebration.  He has also played at the Newport Jazz Festival and toured with the Artie Shaw Orchestra.  Bruce has recorded over a dozen CDs with the North Star Jazz Ensemble on North Star Records.  Bruce also offers instruction in saxophone, flute, clarinet, and jazz theory and improvisation at the Cape Cod studio or via Skype Video.  He provides music for weddings and other special events.  Music production services, including remote and on-site recording, music composing and arranging.   Bruce is an AMAZING musician and an even more amazing human being!!  Thanks again for everything!!!

A special THANK YOU again to Bruce for his collaboration, inspiration, dedication, and perspiration on this project.  I LOVED our weekly conversation!  He is truly the personification of everything that is good in our lineage!

“This document is designed for a family book, it is not expected that it will excite much public interest or notice; but it is hoped that it will receive some regard, and afford some information, or, at least, gratify the curiosity of some of the descendants of George and Hannah Abbot, and of other worthy ancestors, whose genealogy we have attempted to collect and compile.”  “In a work of this kind, it would not be strange if there should be inaccuracies with regard to names, dates, places, etc.”  “Many facts and events, which would be gratifying to know, our ancestors were too much occupied to record.”  “Their exposure, dangers, and sufferings are unknown, and can hardly be conceived by their descendants.” (1)

We descend from a truly amazing group of heirs, whose lives and deeds parallel the most important, historically-significant events, in our country’s past and present.  Noting only one exception (Benjamin Abbot 1661-1703), I never came upon any negative words or comments directed at our family members.  On the contrary, the descriptions and positive, uplifting words, were plentiful.  I believe any one who reads the quotes throughout this manuscript can not help but syllogize in support of these facts.  “They have been friendly to their friends, attentive to their relations, hospitable to strangers, ready to assist the unfortunate, and compassionate to the infirm and poor.”  “As members of the community, they have been industrious, temperate, fond of home, minding their own business, honest in their dealings, punctual in paying their debts, and good citizens.”  “They have been remarkable for peace and good neighborhood.”  “They have been remarkable for constancy and punctuality in attending public worship.”  “Some of them have been men of learning, and have promoted the literature and morals of their country, as teachers, and ministers of the gospel.”  “With them Religion was all.”(1)

What does our last name mean? "The name Abbott is derived through the Syriac, abba, from the Hebrew,ab, meaning father.  It has been applied to the head of a religious order by various races from early times and finally became an English surname.  There has been considerable controversy about the  spelling of the patronymic whether one or two t's.  Many have held that the single letter indicates the ancient and correct form.  Historical investigation would seem to indicate otherwise.  Of the two hundred and eleven Abbotts, whose wills were filed in courts in and about London during the fourteenth, fifteenth and sixteenth centuries, one hundred and ninety-five have signed their names with two t's."  "The same proportion" exists among "the early American Abbotts."  "To come still nearer to home, the pioneer Abbotts of Concord, New Hampshire, frequently used  the double letter." (11)


I would like to leave you with this final piece of prose written by Max Ehrmann in the 1920's, it is one of my favorites:

Go placidly amid the noise and the haste,
and remember what peace there may be in silence.

As far as possible, without surrender,
be on good terms with all persons.
Speak your truth quietly and clearly;
and listen to others,
even to the dull and the ignorant;
they too have their story.
Avoid loud and aggressive persons;
they are vexations to the spirit.

If you compare yourself with others,
you may become vain or bitter,
for always there will be greater and lesser persons than yourself.
Enjoy your achievements as well as your plans.
Keep interested in your own career, however humble;
it is a real possession in the changing fortunes of time.

Exercise caution in your business affairs,
for the world is full of trickery.
But let this not blind you to what virtue there is;
many persons strive for high ideals,
and everywhere life is full of heroism.
Be yourself.  Especially do not feign affection.
Neither be cynical about love,
for in the face of all aridity and disenchantment,
it is as perennial as the grass.

Take kindly the counsel of the years,
gracefully surrendering the things of youth.
Nurture strength of spirit to shield you in sudden misfortune.
But do not distress yourself with dark imaginings.
Many fears are born of fatigue and loneliness.

Beyond a wholesome discipline,
be gentle with yourself.
You are a child of the universe
no less than the trees and the stars;
you have a right to be here.
And whether or not it is clear to you,
no doubt the universe is unfolding as it should.

Therefore be at peace with God,
whatever you conceive Him to be.
And whatever your labors and aspirations,
in the noisy confusion of life,
keep peace in your soul.

With all its sham, drudgery, and broken dreams,
it is still a beautiful world.
Be cheerful.  Strive to be happy. 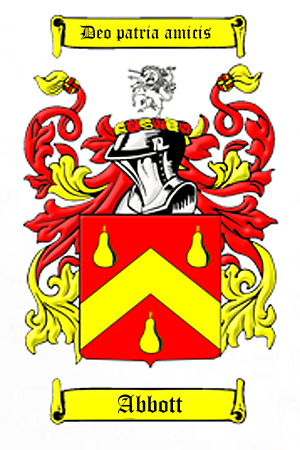 Origin Displayed: English - Origins Available: English, Irish. Spelling variations of this family name include: Abbott, Abbot, Abbotts, Abbett, Abbet, Abott and others. First found in the counties of Oxfordshire, Huntingdon, Bedfordshire and Cambridge from very ancient times, before the Norman Conquest of England by Duke William of Normandy in 1066 C.E. Some of the first settlers of this family name or some of its variants were: George Abbot of Andover Massachusetts born in Yorkshire died at Andover in 1681. George Abbott emigrated with his three sons and settled in Rowley Massachusetts in 1630. Arthur Abbott settled in Marblehead but removed to Ipswich Mass. and joined Winthrop in 1634 in the settlement of that town. Francis Abott settled in New York State in 1853. The early migration of the family is covered in the Abbott genealogy written in 1847. (From www.HouseOfNames.com Archives copyright © 2000 - 2009). Motto Translated: A friend to God and my country. This ancient surname is generally of early English origins, predating the Anglo-Saxons and Normans. It was usually an occupational name for a person employed by an abbot, or perhaps a nickname for one who was thought to conduct himself like an abbot! It is also possible that in some cases the name may refer to the offspring of an Abbot, however as the clergy were supposed to be celibate there is an area of doubt. The surname also occurs widely in Scotland where it is either of English origin or a translation of MacNab, which also means 'son of the abbot'. The original spelling was 'abbod', Ralph Abbod being recorded in Somerset in 1272. The patronymic is usually indicated by the suffix 's', and very occasionally as 'Abbotson', Dorothy Abbotson being recorded at St Botolphs Bishopgate, London, on 11 November 1823. The various spellings include such rare forms as Habbett and Labbet. Early recording examples include Walter Abat, in the Assize Court Rolls of Yorkshire in 1219, and Elizabeth Abbet, who married Henry Waterman at the church of St Lawrence Poutney, London, on 11 January 1600. George Abbot (1562 - 1633) was appointed Archbishop of Canterbury in 1611, while Elizabeth Abbitt was recorded as 'living in Virginea, over the river' on 16 February 1623, making her one of America's earliest colonists. The Coat of Arms most associated with the name has the blazon of a red field, a gold chevron between three golden pears. The first recorded spelling of the family name is shown to be that of Walter Abbot, which was dated circa 1190, in the Danelaw records of Lincolnshire, during the reign of King Richard 1st, known as 'Richard the Lionheart', 1189 - 1199. Surnames became necessary when governments introduced personal taxation. In England this was known as Poll Tax. Throughout the centuries, surnames in every country have continued to "develop" often leading to astonishing variants of the original spelling. © Copyright: Name Origin Research www.surnamedb.com 1980 - 2014.
_https://familysearch.org/photos/images/8355521